Foodscaping is landscaping by adding edibles to your existing framework of ornamentals. It is a modern term for the practice of integrating edible plants into ornamental landscapes. The principle of foodscaping is simple because it involves designing gardens in which edible plants are grown. It is also referred to as edible landscaping and has been described as a crossbreed between landscaping and farming. By making your own edible landscaping, you will be able to create a functional and ecological living environment that will allow you to produce organic, fresh, tasty, and inexpensive food!

Foodscaping spaces are seen as multi-functional landscapes that are visually attractive and also provide edible returns. It is also referred to as edible landscaping and has been described as a crossbreed between landscaping and farming.

As an ideology, foodscaping aims to show that edible plants are not only consumable but can also be appreciated for their aesthetic qualities. Nut trees, fruit trees and shrubs, perennial or tropical vegetables, herbs, edible flowers, and medicinal plants; any of these has its place in edible landscaping. Foodscaping spaces are seen as multi-functional landscapes that are visually attractive and also provide edible returns. They have the ability to produce vegetables and fruits in abundance, year after year, with little maintenance. Using edibles in landscape design can enhance a garden by providing a unique ornamental component with additional health, aesthetic, and economic benefits. 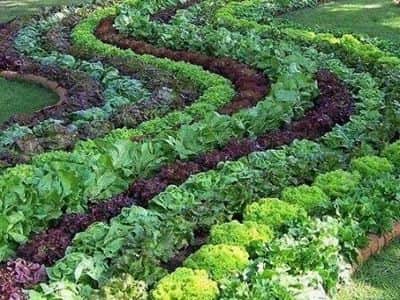 Differing from conventional vegetable gardening, where fruits and vegetables are typically grown in separate, enclosed areas, foodscaping incorporates edible plants as a major element of a pre-existing landscaping space. It has been considered as a hybrid between farming and landscaping in the sense of having an “all-encompassing way of growing a garden, feeding yourself, and making it look pretty” with an “integrative landscape”. This may involve adding edible plantations to an existing ornamental garden or entirely replacing the traditional, non-edible plants with food-yielding species. There are plenty of reasons why you would foodscape. For one, it’s environmentally sound. Not only are you cutting down on energy costs from not having to mow your lawn, but you’re avoiding the use of chemically modified products and plants that are the most readily available options at major home and gardening supply stores. The designs can incorporate various kinds of vegetables, fruit trees, berry bushes, edible flowers, and herbs, along with purely ornamental species. Many businesses are also taking up foodscaping, making fruits, vegetables, and herbs as part of their curb appeal.

The design strategy of foodscaping has many benefits, including increasing food security, improving the growth of nutritious food, and promoting sustainable living. Edible landscaping practices may be implemented on both public and private premises. The basics of gardening, planting, pruning, dealing with pests, watering, feeding, and harvesting are all covered in detail, ensuring your success in creating a beautiful, edible landscape for your home. Foodscaping can be practiced by individuals, community groups, businesses, or educational institutions.