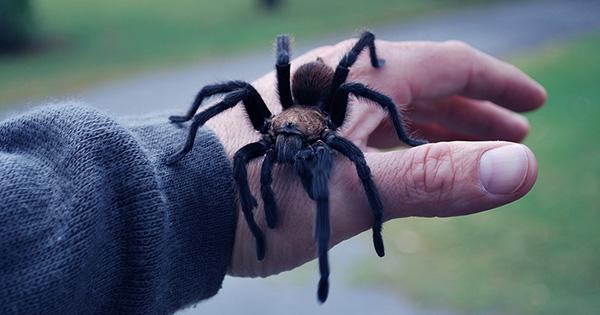 Tham Luang transformed the world in 2018 by rescuing 12 teenagers and their coaches trapped in a cave, but the memories are brief. However, the team that rescued them will not forget, at least by arachnologists, after naming four species of spiders in their honor. The innumerable caves that thread their way beneath the vast limestone Nullarbor are deeply hostile to life. No light enters to stimulate growth, but the area is a treasure trove for scientists who have found the bones of animals trapped there.

Today, even fewer lives are present, as the land above is banning the Latin name for “no trees”. Nevertheless, Dr Mark Harvey of the Western Australian Museum told IFLScience that occasionally floodwaters wash the plant into caves, where cockroaches eat it directly or throw it over the fungus. These then form the basis of a food chain, the apex predators of which are spiders of the genus Troglodiplura.

Harvey told IFLScience that only two people have seen live Troglodiplura. Even in the museum collection on which he conducted his research, DNA is so frustrated that no one can answer many of the questions that can asked.

T. lowryi named in 1999, and several Troglodiplura specimens put together under this name. The existence of five species that DNA could extract in Harvey and the vast spider family was enough to establish their place in the plant. Harvey thought that because of their habitat, spiders could name after heroic cave explorers.

In Invertebrate Systematics Harvey named two of the new species T. beirutpakbarai and T. samankunani after the two Thai rescuers whose lives were lost in the attempt. Saman Kunan died of asphyxiation during the rescue, while a blood infection Beirut Pakbara caught at the time killed him 18 months later. Australian cave diving experts Dr Craig Challen and Dr Richard Harris called in as leading experts to assist in the effort, and they survived to become joint Australians in 2012. Now they immortalized with the naming of T. challeni and T. harrisi.

For some, naming their spiders would be a dubious honor, but Harris (who was recently honored in the same way) told IFLScience that his advice was answered with a happy email from both people. “Both are active explorers of Australian cave ecosystems and are interested in their conservation,” he added in a statement to IFLScience, adding that the two men have now explored Nullarbor caves, underestimating the idea of ​​encountering spiders bearing their names.

The Troglodiplura  initially thought to most closely relate to South American spiders, but Harris established that they were part of the Anamidae, a large family of exclusive Australian spiders on the West Coast, however, rarely covered them with old traps.

Troglodiplura almost certainly goes further, not at all old. In the cave environment where they – and the animals they prey on – they need to adapt to all the blind, ambush techniques. Instead, Harvey told IFLScience that Troglodiplura relies on common hair spider-hunting techniques that select the vibrations that allow them to detect moving prey. The differences between the species are probably that the caves are disconnected; the spiders disconnected until they disconnected, instead of adapting to the different niches, Harvey suspects.