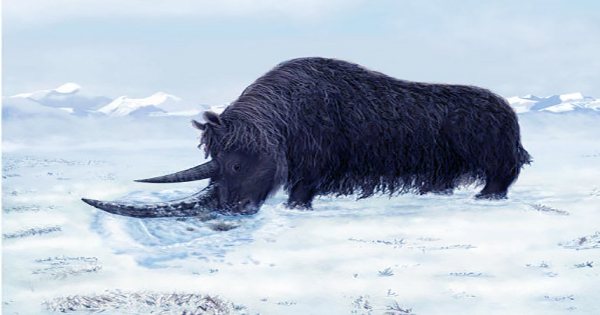 An incredibly well-preserved worm rhinoceros has been uncovered through the Siberian molten permafrost, still with many internal organs. According to the Siberian Times, the Ice Age creature originated in August in the Yakutia region of extreme northern Russia by melting permafrost and is considered to be the best-preserved wool rhinoceros still found.

The rhinoceros is thought to be a juvenile, probably at the age of three or four, when it died 2,000 to 50,000 years ago. Since these remains have been hidden and frozen for thousands of years, the corpse has been significantly preserved and still has hazel-colored hair, soft tissues, intestines, teeth, greasy holes, and even some of its horns.

Dr. Valery Plotnikov from the Academy of Sciences of the Republic of Sakha (Yakutia), who made the first description of the find, told the Siberian Times, “The young rhino was between three and four years old and was separated from his mother at the time of his death, probably drowning.” “The [sex] of the animal is still unknown. We are awaiting analysis to determine when the radiocarbon was alive; probably the date range is 20,000 to 50,000 years ago.”

Rhinoceros fossils were not found far away where the only baby wool rhinoceros in the world was found in 2014, where Sasha, holding strawberry blonde fur, is 34,000 years old. Dr. Plotnikov described the new rhinoceros as “a very dense short underfur.” Sasha helped prove that fur rhinos were covered in thick hair – something that can only be identified by cave paintings – and now adds this new evidence as evidence that at a young age wool rhinos were perfectly adapted to the cold weather.

Currently, the remnants of the ice age are still in Yakutia, waiting for ice roads to form so that it can relocate to the region’s capital, Yakutsk. Yakutia is well known for finding incredible ancient animals. As the region warms, permafrost is cracking, especially in the summer months. While this may not be good for the atmosphere, it is a treasure trove of ancient animal expressions. Over the past few years’ ancient wolf puppies, “pygmy” mammoths, cave lions, birds, miniatures, and even a curious proto-dog pup.