Some English Bulldogs Misdiagnosed With Cancer Instead Of Newly Discovered Syndrome 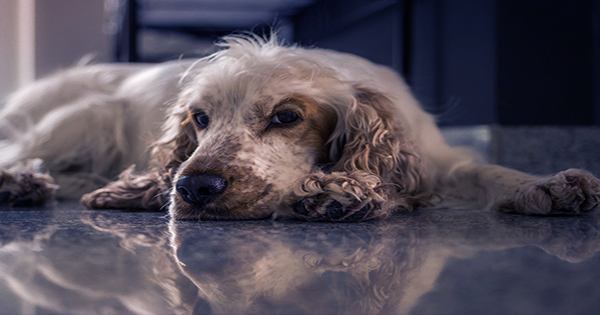 Researchers funded by the Morris Animal Foundation have discovered a new non-cancerous syndrome called polyclonal B-cell lymphocytosis in some English bulldogs that were misdiagnosed with the common form of canine cancer. The findings are reported in the Journal of Veterinary Internal Medicine.

Dr. Anne Avery, Professor of Immunology at the Department of Microbiology, Immunology, and Pathology at Colorado State University said in a press release, “It could save some dogs from being misdiagnosed, treated for cancer or even being Jewish when they shouldn’t be.” “Dogs may look like their veterinarians as if they have diagnostic-based leukemia but do not actually have cancer.”

In previous studies published by Dr. Avery’s team investigating B-cell chronic lymphocytic leukemia (BCLL), the team determined which breed of dog had an increased risk of BCLL type of cancer. One of the breeds that were identified as endangered was the English Bulldogs, but research has shown that these dogs had a completely different presentation with this cancer. Dogs were much smaller than other breeds and had very specific changes in their B-cells (cells important for immunity and antibody production, which are usually developed in this cancer).

The researchers used a technique called flow cytometry to identify specific features of a population of cells. They found that some English bulldogs had different B-cells at the bottom than some B-cells in some dog breeds, which led researchers to wonder if these dogs actually had BCLL or some other unknown but related syndrome. Based on their original study, the researchers then looked at the blood components of these dogs and evaluated 195 English bulldogs in the BCLL cohort survey.

The researchers speculated that if the B-cells in these bulldogs were identical, they probably originated from the same original B-cells that were stimulated by BCLL cancer. However, if these B-cells were different in features, it could not be BCLL cancer that triggered their production, but something else instead. Results from flow cytometry data identified 83 of the 195 dogs that had mutated into B-cells that they deviated from expectations. Of the 83 dogs modified, 58 dogs had very specific differences in their B-cell production, suggesting that these B-cells were not the result of BCLL cancer. The researchers further pointed out that the age of these dogs was less than one to two years.

Three-quarters of the dogs were male, and many dogs had spleens in their blood and increased antibodies, which the researchers speculated could be the result of genetic origins in these English bulldogs. The researchers concluded that 70% of dogs originally diagnosed by BCLL in cohort studies had this newly identified syndrome.

Dr Janet Patterson-Kane, Morris Animal Foundation Chief Scientific Officer said, “This important finding proves that we should not assume that a high B-cell count always indicates cancer in English bulldogs.” “This is very important information for veterinarians who are primarily seeing these patients in their clinic.”

According to Dr. Avery, the new findings clarify BCLL’s previous work. They suggest that English bulldogs are more at risk of cancer than dogs actually developing a cancer-free syndrome that has many similarities to leukemia but does not have a serious clinical outcome. Moreover, the English bulldogs of the syndrome appear to have genetic origins and do not appear to affect other breeds of dogs. Further research is needed to confirm these studies and to identify a gene involved in the sensitivity of the syndrome in some English bulldogs.