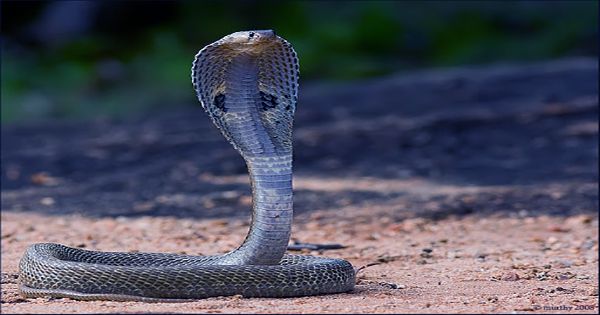 Cobras are interesting and scary animals. These snakes are best known for their characteristic defenses called hooding while teaching the aspects of their necks in dramatic display. However, hooding is not just a defensive behavior in any Cobra arsenal. Some species of cobras have replaced fans with smaller, front-facing orifices. These allow them to forcefully exhale venom as a spray or “spit” that can hit a target 2.5 meters away. For this behavior, they are known as spit cobras.

Bizarrely, this unique adaptation has evolved independently three times in a small group of Afro-Asian snakes: once in African cobras, once in Asian cobras, and once in related wrinkles, also known as ring-neck spitting cobras. Most snakes use venom to prey on other animals, but spitting cobras use it to protect one another. In a new study, we tested the venom of spit cobras to see how toxins could be detected and to work out how this protective behavior could develop. The results show that it may have prevented the invasion of our human ancestors.

Toxic teamwork: Many animals that apply venom do so defensively, causing rapid and intense pain to their attackers. We determined to find out if the venom of the protective spitting cobra would be particularly painful in contact. To diagnose pain-causing activity, we tested Cobra Venom on isolated mouse neurons responsible for eye and facial sensations. We suspected that saliva cobra PLA2s could activate these neurons and possibly cause pain.

To our surprise, PLA2s were ineffective in their own right. It was the same toxin in cytotoxins, saliva and non-saliva cobras that activates neurons. However, this activity increased dramatically due to the combination of PLA2s and cytotoxins. This suggests that spit cobras have over time increased the abundance of PLA2 in their venom, making the already present cytotoxins more effective as painkillers. The triple distinct evolution of spitting was presented by the same complex, synergistic changes in the combination of toxins on each occasion.

Unique toxin cocktails: Snake venom is a complex mixture of proteins that is used primarily to efficiently disable prey. Although snakes use their own venom to defend themselves, for example in the case of human serpents, most of the evidence proves that the composition of venom was invented for breeding, not for defense. Fixed front-winged snakes, including cobras, tend to be paralyzed by venom. It is caused by a large amount of toxins called neurotoxic three-finger toxins that stop neurotransmission, sending signals from the nervous system to the victim’s muscles. However, cobras contain a unique type of three-fingered toxin that destroys cells without blocking neurotransmission. These are called cytokines.

Our results found that spit cobras increased the abundance of a distinct toxic family called phospholipase A2 (PLA2s) in their venom compared to their spitting part. Since this cobra spits for defensive reasons, this is the first evidence of a defensive driver of the evolution of venom in snakes.

Could human ancestors have prompted this evolution?: Dry spitting is a unique behavior that is found only in a few species of closely related snakes. Yet this protruding immune system and the specific combination of toxins that cause more pain only evolved three times independently within this small group. This national defense was certainly stimulated by very strong electoral pressure. We believe that a number of factors make human ancestors the most likely electoral agents.

Many primates can often kill snakes as a threat, often using projectile weapons or tools such as stones and sticks. While these are not always fatal, they can cause serious damage. The two-legged hominins, the human ancestors who were freed with two-legged forelimbs, must have faced the threat of longer distances than their four-legged relatives. It requires long-distance defense like spitting from their snake enemies. The period of evolution of toxic spit coincides with the original date in the evolution of pre-human males. The emergence of spitting in African cobras occurred about a million years ago at the same time as hominins were separated from chimpanzees and bonobos. About two and a half million years ago, along with the arrival of Homo erectus in Asia, the evolution of saliva in Asian cobras took place.

Also, fossils of spit cobra fangs have been found on ancient hominins sites such as the African Human Cradle. The current evidence is situational, which means we need more evidence. However, toxic spitting in response to being trampled by pets or prey by birds or mammals is rarely supported. Excess fossils can support or refute our assumptions. In particular, the discovery of fossil remains of spit cobras that predicted the distinction between hominins and chimpanzees refutes our assumptions.

If the tendency of our distant ancestors to attack snakes with stones or sticks still evolves a specific defensive adaptation to snakes to this day, then we should consider our own place in the history of the world. Rather than isolating our offspring, there may be a direct impact on how these animals evolved. Taline Kazandjian, Postdoctoral Research Assistant, Liverpool School of Tropical Medicine; Harry Greene, Professor of Ecology and Evolutionary Biology, Cornell University; Nicholas Casewell, Director of Centre for Snakebite Research & Interventions, Liverpool School of Tropical Medicine, and Wolfgang Wüster, Reader in Zoology, Bangor University. This article has been republished from the conversation under the Creative Commons license. Read the original article.