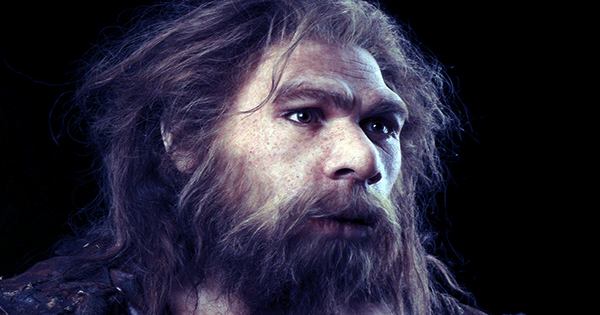 The two sets of Neanderthal teeth found in Jersey show some distinct human characteristics, indicating that these two individuals may have been part of a “hybrid population” produced from breeding between Neanderthals and modern humans.

The 13 Neanderthal teeth originally discovered in the early twentieth century at the site of La Cotte de St Brelade in Jersey, a small British island off the north coast of France. The teeth are less than 48,000 years old in the caves of the surrounding area, which is very young considering the Neanderthals became extinct about 40,000 years ago.

A new study published in the Journal of Human Evolution found that teeth have some obvious Neanderthal properties, but they are not as ideal as extinct hominins. In addition to the lack of specific features that you would expect to see in Neanderthal teeth, they have a distinct shape that resembles modern humans.

Teeth previously thought to belong to the same person, but new research has shown that they came from at least two adults, indicating common traits in the population.

This may indicate that the hominins of La Cote may be a “hybrid population” that was a strong mix of Neanderthals and modern human race, an idea that the UK Natural History Museum, UCL Institute of Archeology and researchers would expect Kant with evidence from an ancient DNA.

“Modern humans became obsessed with Neanderthals in some parts of Europe 45,000 years ago. The unusual characteristics of this La Cote person suggest that they could have been a dual Neanderthal-modern human offspring,” said Chris Stringer, a research professor at Natural History Museum.

“This notion of a hybrid population can be tested by retrieving ancient DNA from teeth, which is now under investigation.” This may sound like an extroverted notion but it well established that humans and Neanderthals have interfered extensively with each other on multiple occasions throughout their overlapping history. Because of this candling, some Neanderthal DNA thought to have found in the genome of every human being on Earth.

This is especially true of people of European descent, who estimated to have about 1 to 4 percent of their genes derived from Neanderthal descendants.

It is also clear that humans and Neanderthals were descendants and greatly interfered with the Denisovans, another extinct species of hominin living in Eurasia. In 2018, scientists discovered a bone plaque in a remote cave in Siberia that belonged to a teenage girl under the age of 13 who had a Neanderthal mother and a Denisovans father.