A late Roman extension to the ancient city of Palmyra (تدمر), in the Syrian Desert, was the Camp of Diocletian (معسكر ديوقلسيان). The complex was built in the late 3rd century CE under the Roman Emperor Diocletian and served as the Legio I Illyricorum’s military headquarters. After the eastern frontier of Rome was destabilized by Sasanian attacks from Persia and the rebellion of Zenobia, the district was established to act as a military outpost (267-271). It was under the rule of Emperor Diocletian, between 284 and 305, that the hegemony of Rome over the region was once more secured.

Palmyra broke away from Rome during the Third Century Crisis to establish the short-lived Empire of Palmyra. In 272, Aurelian recaptured the town and, after another failed uprising, it was sacked in 273 by the Romans. Under Sosianus Hierocles, the governor of Syria during Diocletian’s rule, the camp was built. The excavation of most of the site was the responsibility of a Polish archaeological team from the University of Warsaw. The city (Palmyra) was re-fortified with a new set of city walls enclosing a much smaller area after the Roman reconquest. As a semi-independent trade center, it lost its former significance, becoming a central military outpost instead. This is expressed in the virtual absence of Palmyra from historical literature; it is mentioned merely as the foundation of the Legio I Illyricorum in the Notitia Dignitatum, a record of imperial offices in the late 4th century. 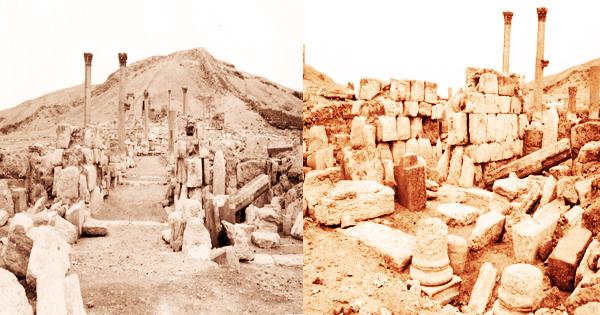 Of the remaining remains, there are two particularly notable buildings. The Principia of the Roman Legion, also known as the Temple of the Standards, is situated on a hill west of the camp. This structure was built between 293 and 303, under Sosianus Hierocles. The structure, possibly due to unstable foundations, is poorly maintained. The massive flight of stairs leading to the portico of the entrance sank into the earth. The apse of the internal shrine remains somewhat intact, along with a few standing columns. Several roles seem to have served the house, including troop accommodation, arms storage, and the promotion of a military cult. To the east, the site has a commanding view of the ruins of the ancient city.

A group of buildings covering an area of 4 hectares (9.9 acres) in an enclosure at the western end of the city was the area known today as the Camp of Diocletian. To the east are the remains of the Temple of Allat (معبد اللات), which predates the establishment of the Camp of Diocletian (معسكر ديوقلسيان). It was established over an even earlier sanctuary in the second century (first century BCE). Equated with Ishtar in Mesopotamia, Atargatis in northern Syria, and Athena in Greece, Allat was a goddess of local origin. At the site, a statue of the goddess Athena was discovered, copied from the Greek sculptor, Phidias. The compound’s wall featured a huge lion sculpture from about 50 BCE that was moved to the garden of the museum (متحف). 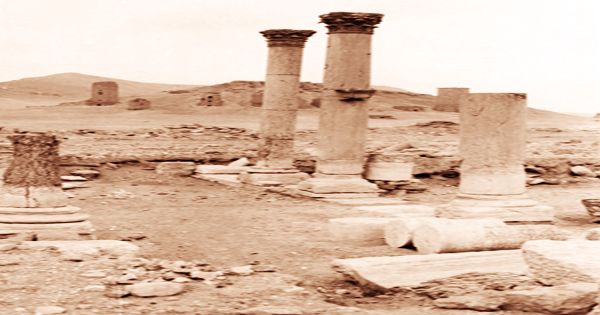 View of columns, looking towards the Valley of Tombs

The complex may also have included the soldiers’ barracks quarters, but it is uncertain if the Roman forces were actually quartered there in Palmyra. Alternatively, they may have lodged in the town while the “camp” may have served as the headquarters of the legion. The pre-existing Temple of Allat also enveloped the city. The overall design of the site is similar to that of a contemporary camp at Luxor in Egypt, and a symbol of how militarized Roman architecture had become in the unsettled environment of the late 3rd century, similar to the palace at Antioch and Diocletian’s Palace in Split.

Palmyra’s archaeological ruins, like the Camp of Diocletian, are at tremendous risk. Since May 2015, the city and nearby areas have been under the influence of the jihadist faction of the Islamic State, dedicated iconoclasts who have deliberately targeted archaeological heritage for destruction in both Syria and Iraq. Many cases of explosives being planted in the site have been recorded, which may include this area. A Polish archaeological team from the University of Warsaw excavated the site. The excavations, led by Dr. Kazimierz Michalowski, revealed a number of buildings that were thought to be guard quarters, staircases, and side entrances to the complex. 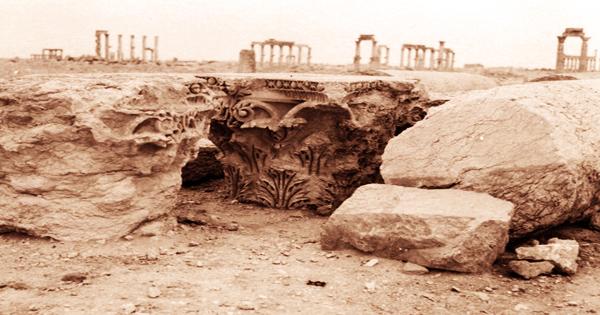 The works have found that the colonnade via praetoria is a legacy of older structures and that the building of the camp is possibly pre-dated by a century. The layer of occupation preceding the camp, which included a residential quarter and funeral artifacts dated from the first century CE, was also discovered. In addition, the excavations found several additions, including a coin and jewelry hoard, dating to the Byzantine period.